This was Kilometer Zero 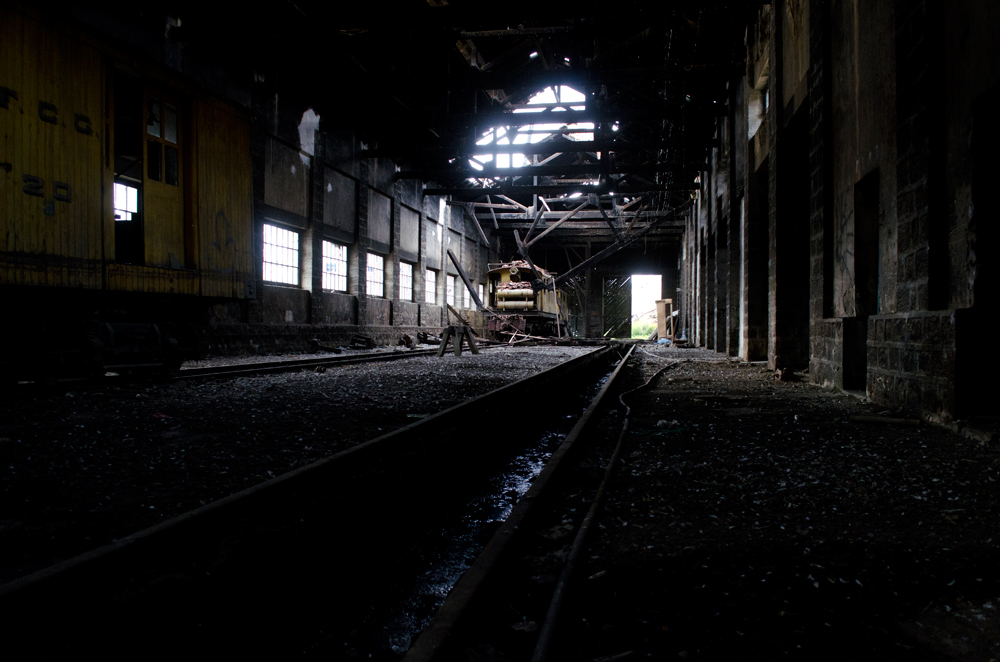 La Paz’s train station has been closed for passenger services since 1996. The abandoned building is now engulfed by the construction site of the city’s new teleférico and yet there are clear reminders of the station’s original purpose around every corner.

Most obvious are the unwanted graffitied trains scattered about among the hundreds of millions of dollars worth of brand new Austrian cable car equipment. In a last-ditch attempt to be remembered, the old train tracks peek out from beneath the muddy tyre marks left by heavy cranes and clumsy diggers. The gutted station building displays a tellingly empty timetable. A sign creaks in the wind, welcoming passengers that are gone by now, people who have left almost twenty years ago. This was the starting point of the Andean Network, this was Kilometer 0.

The railway ran from La Paz to the Chilean port of Arica and became one of the most well known lines in the history of Bolivia’s rail network. The infamous line never truly flourished due to the continuously poor relationship between Bolivia and Chile, the challenges of building on the Andean terrain and a lack of essential funding. It only peaked in its functioning for a very brief period of time.

The 440km train line was built under the Chilean Government’s supervision. It was part of a peace treaty signed in 1883, following The War of the Pacific. Bolivia had lost its coastline as a result of the war and Chile offered to build a railway to its nearest port as reparations.

It was agreed that Chile would be responsible for maintaining the tracks on both sides of the border. However, over the years, Bolivians began to suspect that their neighbours were not fulfilling this agreement. It seemed Chile had somewhat forgotten to maintain the 233km of railroad on the Bolivian side. 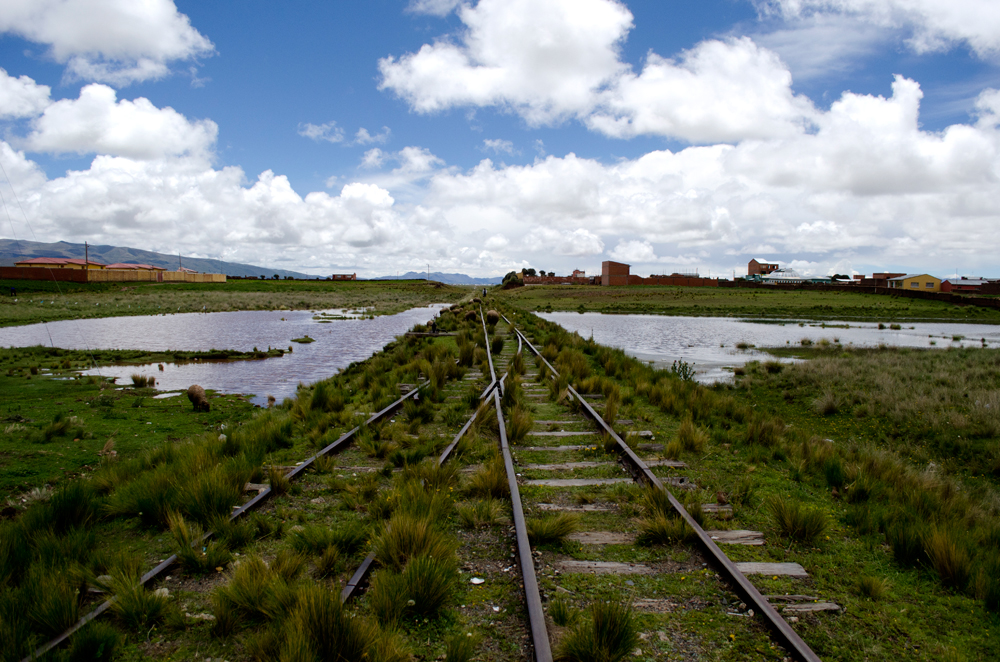 As the train tracks deteriorated so did the popularity of the train as a form of transport. There was a decline in funding that was vital to maintain tracks across the country. In the 1990’s, a study claimed that $40 billion were needed in order to restore the rapidly dilapidating train tracks. In the years that followed, most of the industries in Bolivia were privatized, among those was the rail network. As a result, many lines across Bolivia were left hopelessly abandoned, rusting and decaying as the years crept by.

One hundred years have passed since the line’s official inauguration in 1903. Last year, when the centenary celebration was held at Arica, further conflict and controversy surrounded the shared railroad. Chile’s President, Sebastian Piñera, attended the event. Nowhere to be seen was the Bolivian delegation. In a later statement, justifying his lack of attendance, Evo Morales boldly challenged his Chilean counterpart. He dared him to ride the Bolivian track with him in order to prove whether the line was in full working order. Piñera accepted the challenge, but the ride is yet to be taken.

Beyond the tense relationship between Bolivia and Chile, the development of better roads and highways also contributed to the fall of the La Paz- Arica line. Records indicate that the surface of roads in Bolivia have grown ten fold over the past four decades, whereas the number of working locomotives in the country have more than halved. Transport via trucks for passengers and cargo quickly took over as the chosen form of transportation for Bolivians.

In some parts of the country, the abandonment of the rail network is itself a tourist attraction. From all over the world, tourists come to see the train cemetery in Uyuni, for example. This particular line, built by British engineers, was used by mining companies for the transportation of minerals to ports on the Pacific coast. The line collapsed in the 1940’s when the mining industry crumbled. 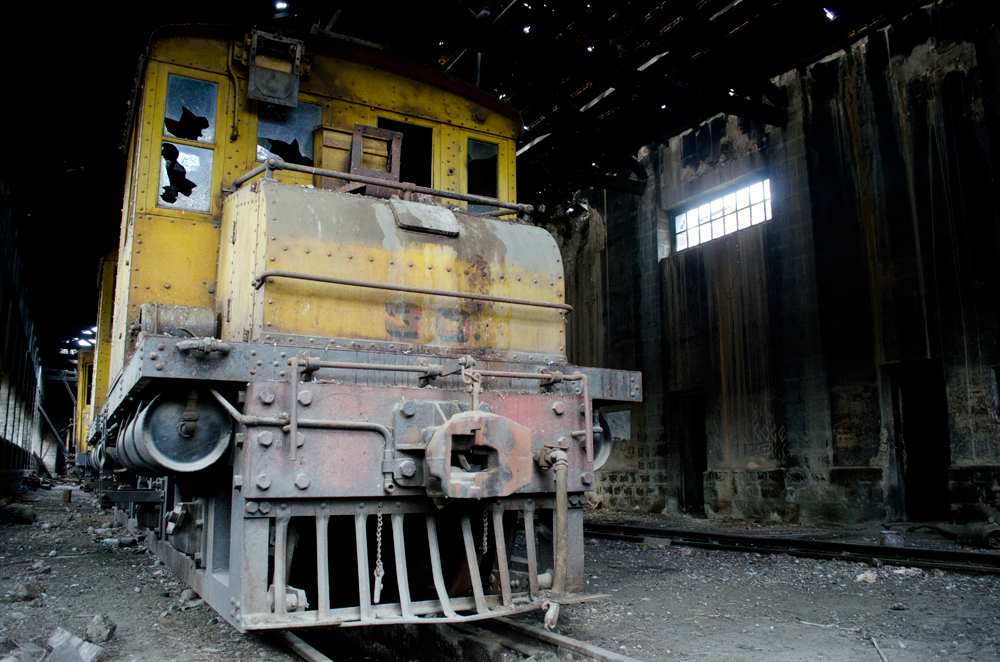 Unlike in Uyuni, the old train station in La Paz will once again fulfill its true purpose. It will become a thriving centre of transportation.

This time, it won’t be the clatter of wheels on tracks that will bring the station to life, but the almost silent swoop of the new ‘teleférico’. A journey from the station will no longer mean thundering through La Paz’s rugged landscape. Instead you will swiftly glide through the thin atmosphere over the city.

As you rise above town you’ll see the station building still standing. It has been left virtually undisturbed amid the heavy construction which surrounds it. Considered an important part of Bolivia’s past, permission to demolish the building is unobtainable.

People say the empty building will be transformed into a museum of sorts. Around which topic?, nobody seems to know. For now, the teleferico takes centre stage as La Paz’s train station is regenerated. While the station’s original purpose may be overshadowed by the excitement of the new cable cars, the grand building will always serve as a reminder of the La Paz- Arica line. 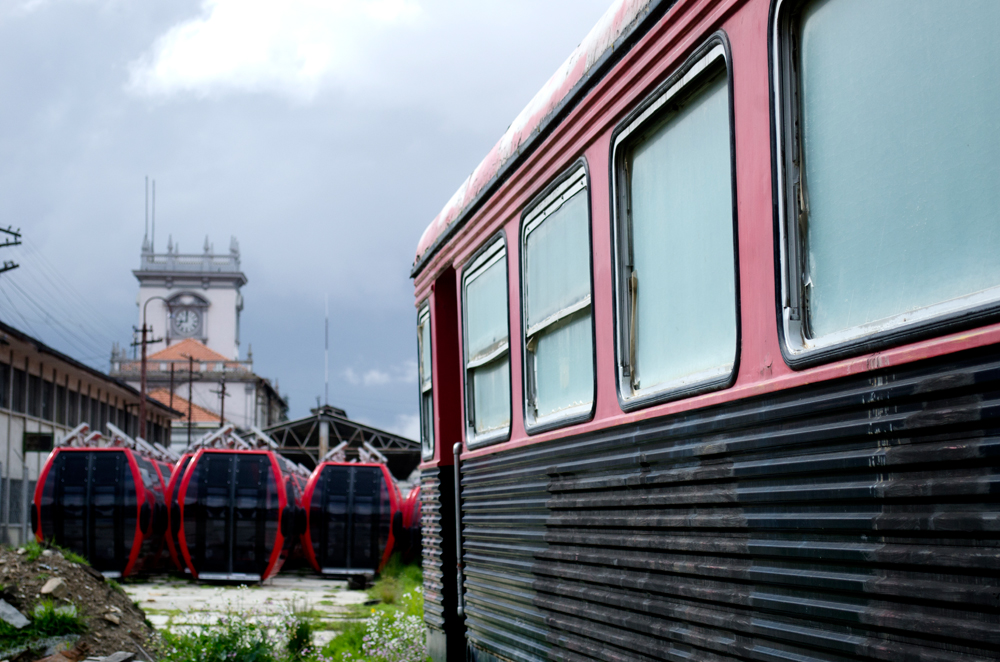