A Gift from the Transport Union

Today I received a gift from the transport union, an extra day in Sucre! My plan was to travel to Potosi today but it seems Sucre had other plans for me- and to be honest, I’m not complaining. As I write I’m sitting in the sunshine on the terrace of the hostel with beer in hand watching the sun slowly set behind the mountains. 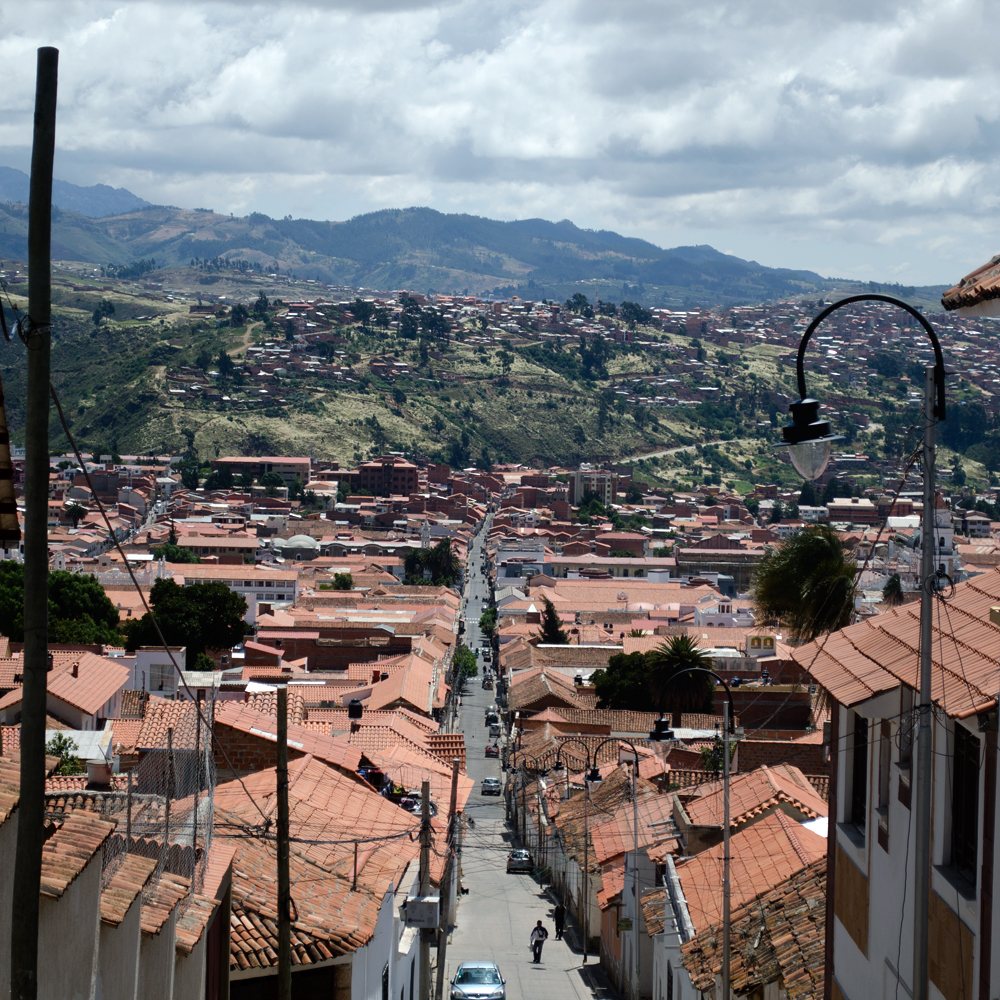 With leaving for Potosi in mind, I set out the bus station at about 10am. I was hopeful. I was naive. Two blocks down I realised that there was an eery quietness about the streets of Sucre and decided to turn back, knock on the hostel door and ask for my bed back.

I have no idea what the strike was about, only that their aim was to stop all transport; buses, taxis, micros around the city of Sucre. By parking bloody great lorries across every street, crossroad and any entrance into Sucre, they succeeded. I experienced a transport related march during my time in La Paz. The Puma Katari Protest in La Paz saw firecrackers being set off, posters being burnt and people marching down the street whilst holding banners and chanting. It wasn’t all crazy I must point out. The street venders made the most of the crowds and sold pop corn and ice cream to the less active protesters who wandered around seemingly aimlessly watching the mayhem unfold. Police lined the streets and where armed and ready.

Here in Sucre though, it seemed that they parked up some lorries early this morning then sat back and relaxed as they watched the city enjoy their make shift bank holiday. Restaurants, shops and bars closed up and the only vehicles able to negate the maze of lorries were motorbikes and mopeds. So, hoards of teenage boys appeared from somewhere and made the most of Sucre, their playground for the day. Perhaps near the bus station there was a little more commotion but in the centre things were pretty calm. 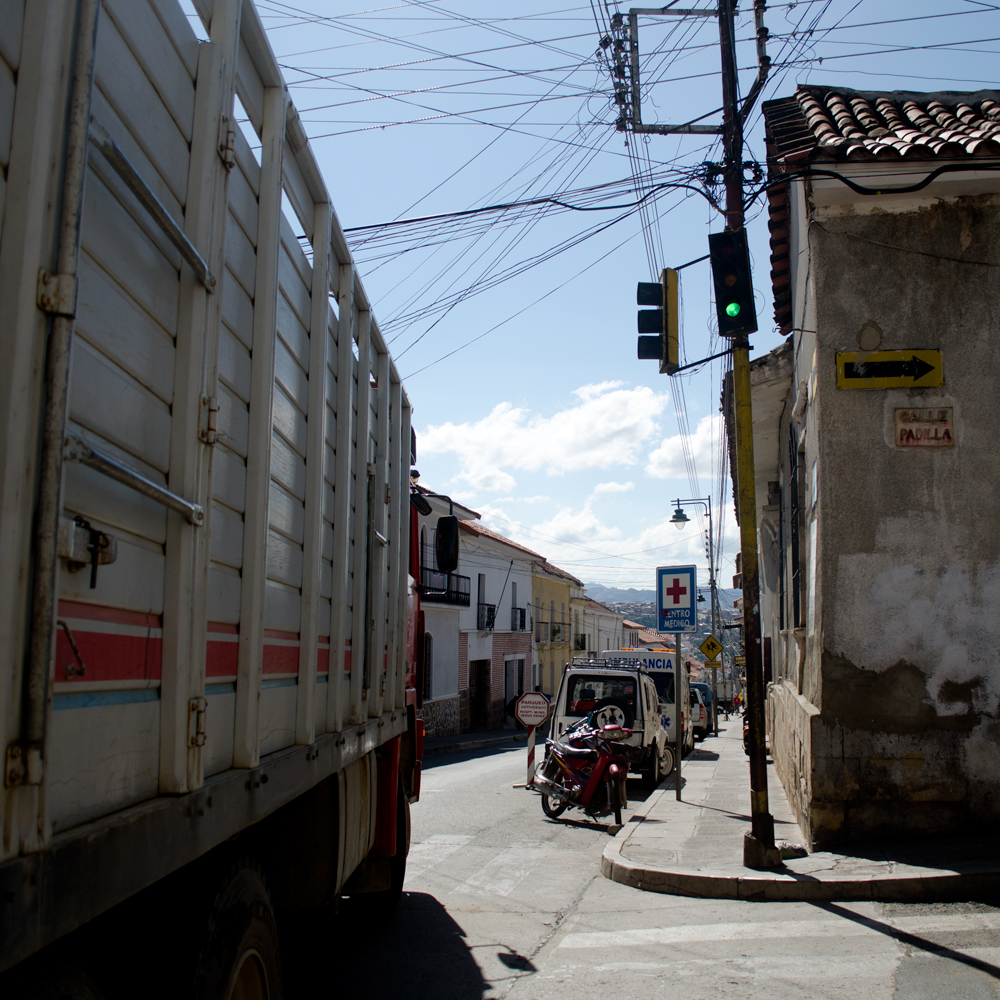 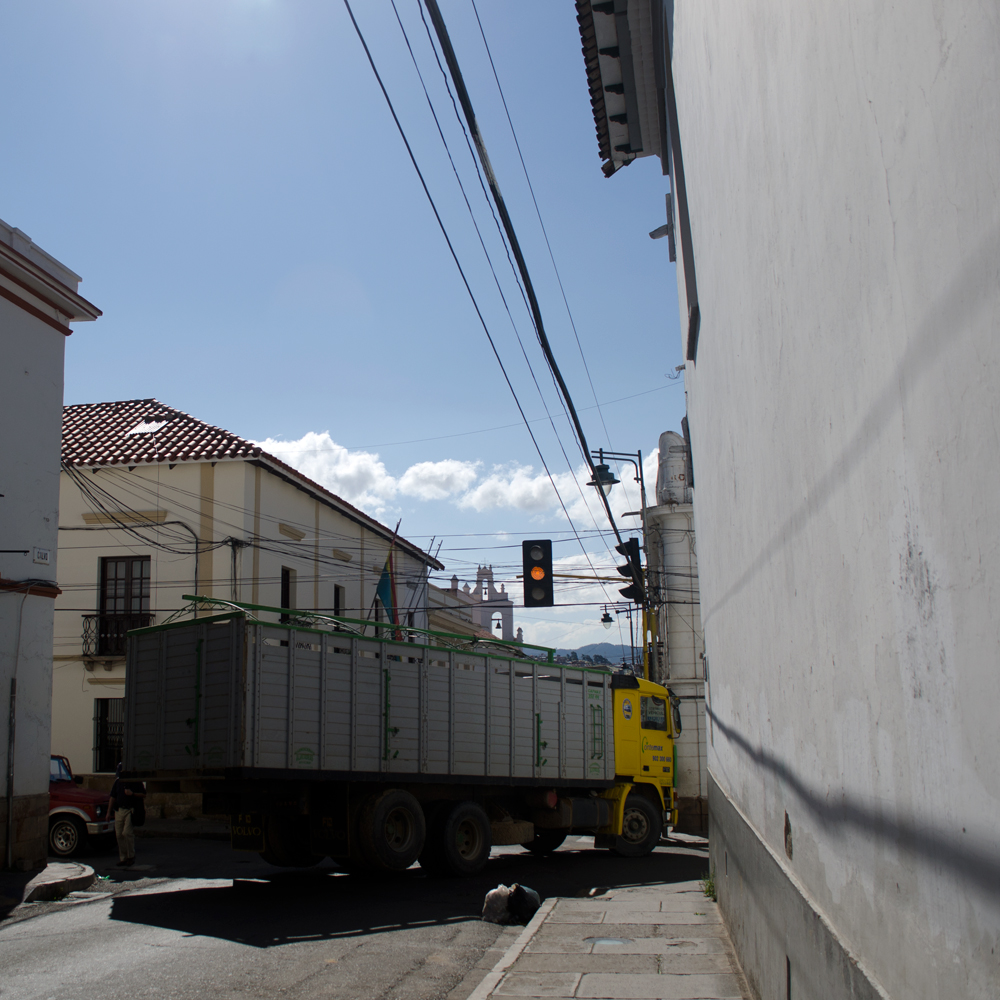 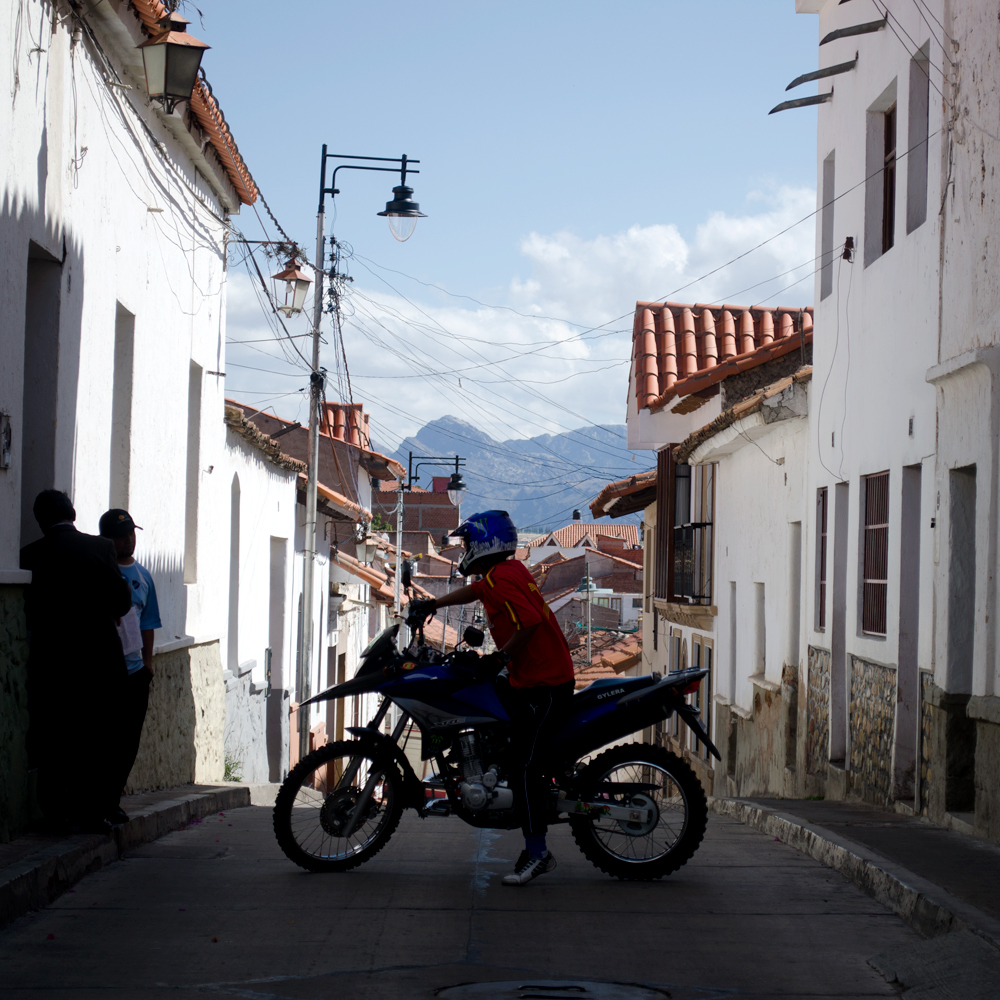 I had my own plan for the day, I would make the most of the extra time in Sucre and visit some of the places I missed yesterday. I planned my route through the city, noting down street names, museums and churches along the way that I would pop into. Once again, I was hopeful. I was naive. Apparently, when the transport union strikes so do museums and so does God. Every single church and museum was padlocked without a soul in sight.

Despite failing miserably at a cultural day out, I did walk to the mirador above the city and enjoy a beautiful view of Sucre and also spent a good few hours wandering the streets, photographing and taking in the sights. Despite the plan falling through, I had a great day. 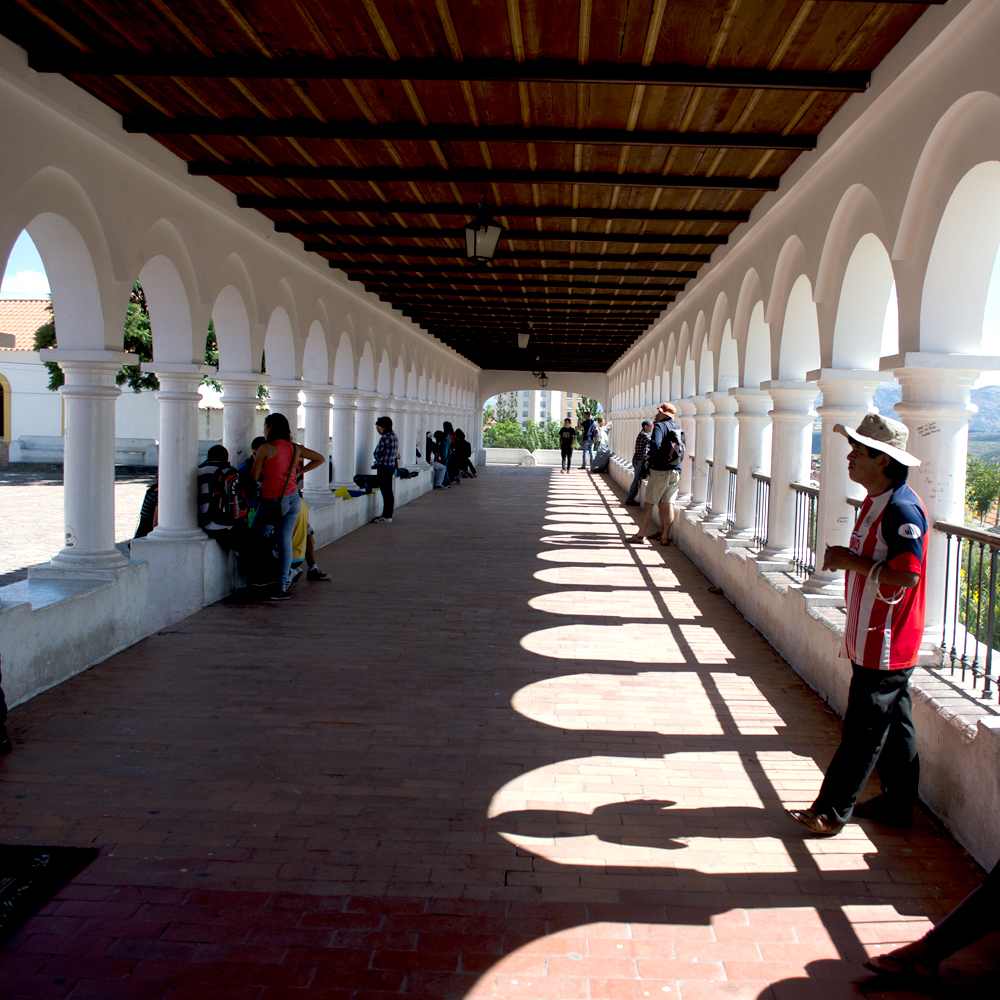 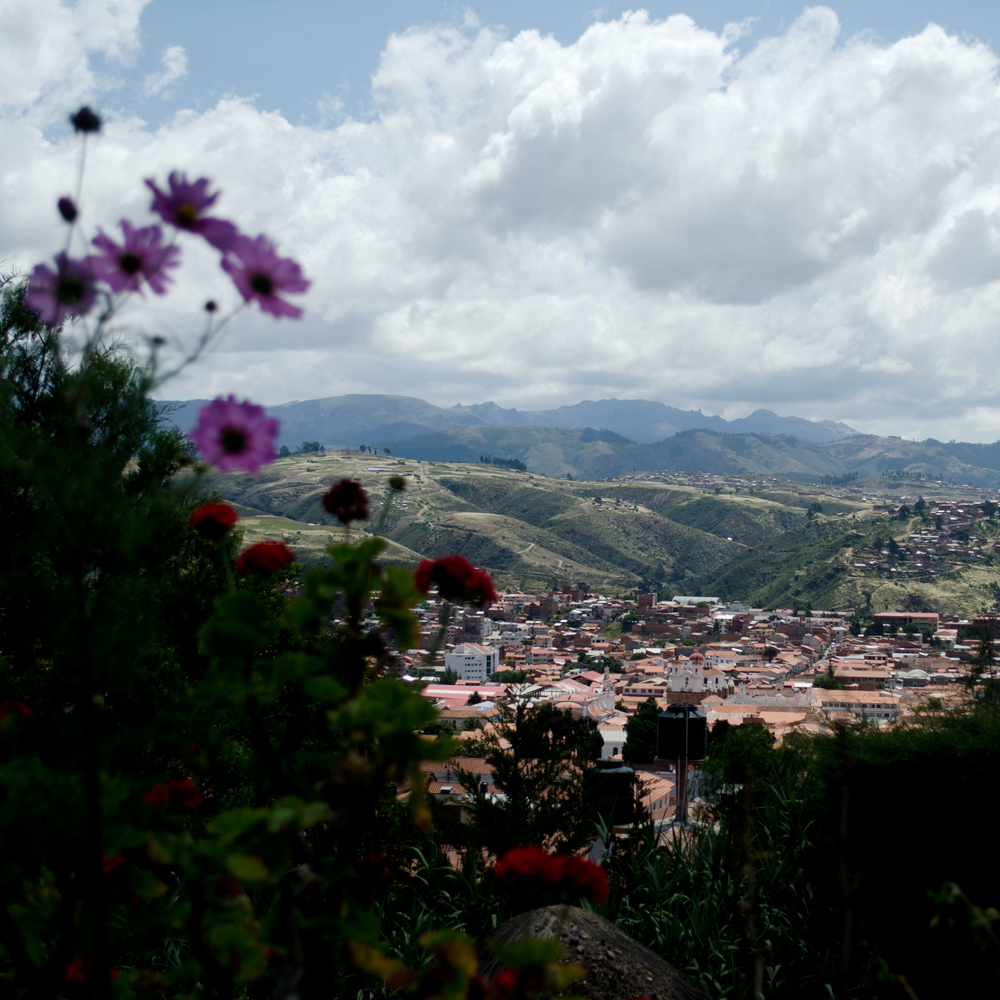