After Fraser I continued north with a one night camping trip to Kinkuna National Park along with the Aussie I’d met in Hervey Bay. It wasn’t the most successful camping trip ever. Quite ominously everyone else was packing up and leaving when we arrived and the baby blue sky was rapidly turning steely grey. But believing locals know best, I trusted the Aussie that said “it’ll be foooine”. By 1am the interminably torrential rain and roaring wind had ripped our woefully inadequate tarpaulin from its bearings. At 3am I gave into the increasing gale and sat on the beach drinking a beer resigned to the fact that I may never be dry again. By 4am we succumbed to sitting in the ute waiting for first light when we could safely head for Bunderberg, some 20 miles up the coast. 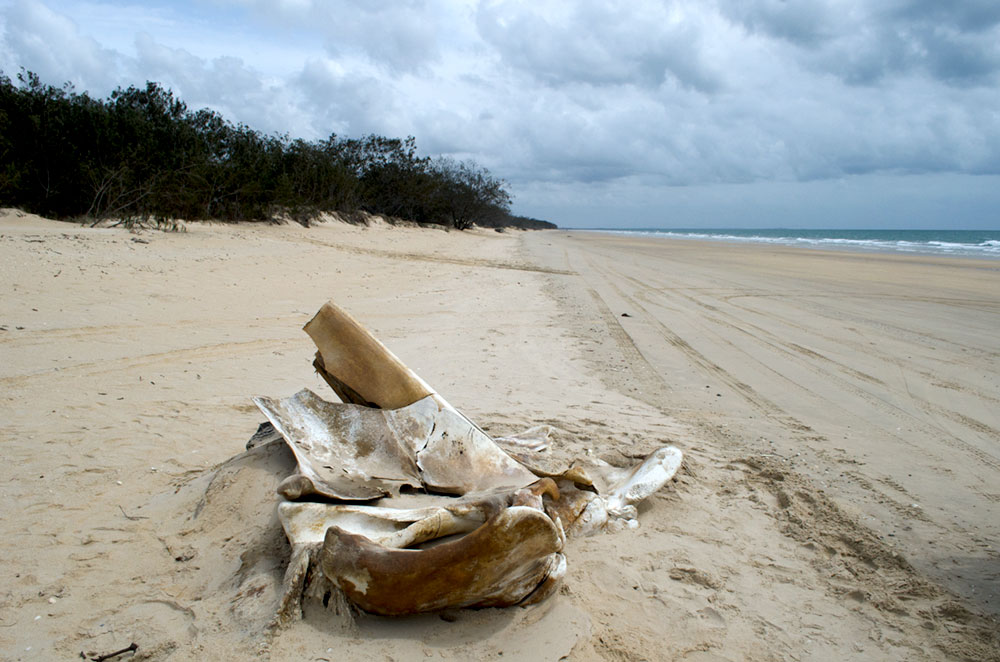 Part of a whale vertebrae on Kinkuna Beach, before the gale hit us. The few hours we had exploring the Kinkuna area of the Burrum Coast National Park was actually great, it would be a beautiful place to camp in fair weather so despite my damning report, I’d definitely recommend a visit.

Perhaps I’d gotten used to being on my tod (or more likely it was the incessant moaning from the Aussie about how terrible the weather was) but I could not wait to be rid of my temporary travel companion and on my way north again; to the point were I politely declined an offer to pop to their friend’s house for a hot shower and insisted that I really did want to I wait 9 hours in Bundy for my bus up to Agnes Waters in the pissing down rain.

I’d been in Bundy earlier in the year looking for farm work towards my 88 days. The town is notorious for its poor treatment, often crossing the line into exploitation, of backpackers. But it’s also a hotspot for picking jobs during harvest months so young travellers still flock there. I booked into a working hostel there back in April for four nights and hated it with such ferocity that I left after the second night. There was three main reasons I hated it. The state of the hostel,  complete with holes in the cubicle walls of the showers and what must be the grimiest kitchen in existence. How unwelcoming and downright rude the locals were towards backpackers and the straw that broke the camels back; The Israeli man openly masturbating in the bunk directly opposite me in our otherwise empty 12 bed dorm. Nice. 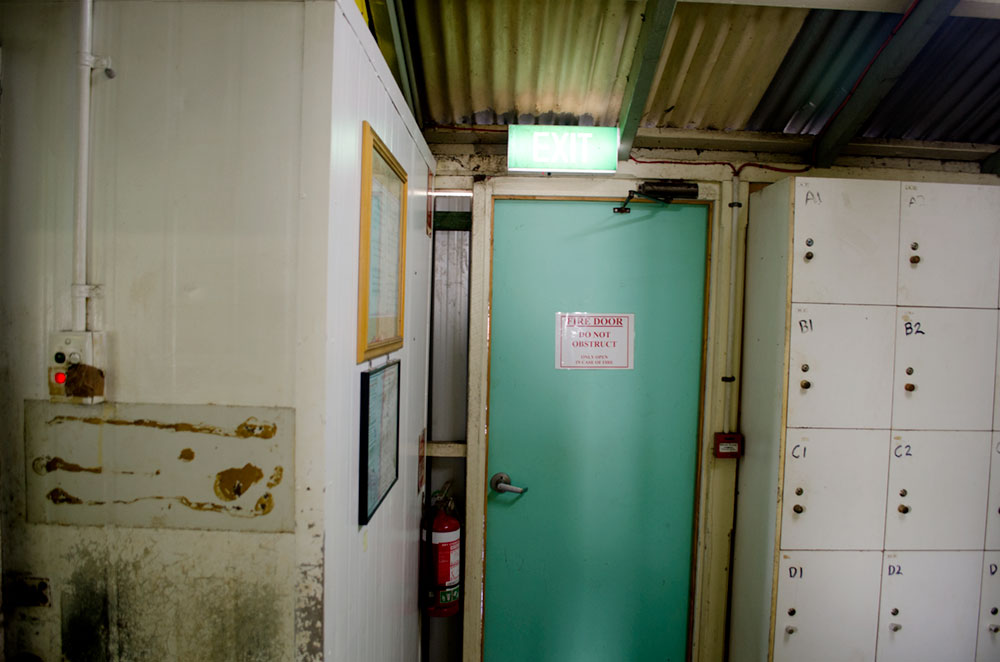 The horrible hostel where I stayed back in April (‘Federal Backpackers’ if you’re wondering). There was a bar attached to the hostel, I popped next door for a beer one night only to be asked ‘Are you a backpacker? Well you’ve got to use the back then”. The back. Where a tiny stretch of the outdoor bar had been cordoned off for us to have a beer in, next to the dustbins and out in the rain. Lovely!

So when I found myself back there I was adamant I wouldn’t spend another night in Bundy. I’d gladly wait all day for a bus out of there. With the rain continuing to worsen and flash floods reported right up the coast it was touch and go as to whether I would make it out. Although I didn’t realise until I was nearing the end of my east coast trip, it was this fateful day in Bunderberg that my passport got so wet and soggy that it was completely unusable and I had to negotiate applying for a replacement while still abroad (thanks Bundy).  Anyway, a couple of hours later on that fateful day I was stepping off the coach into a bizarrely dry Agnes Waters where I’d spend the next few days. 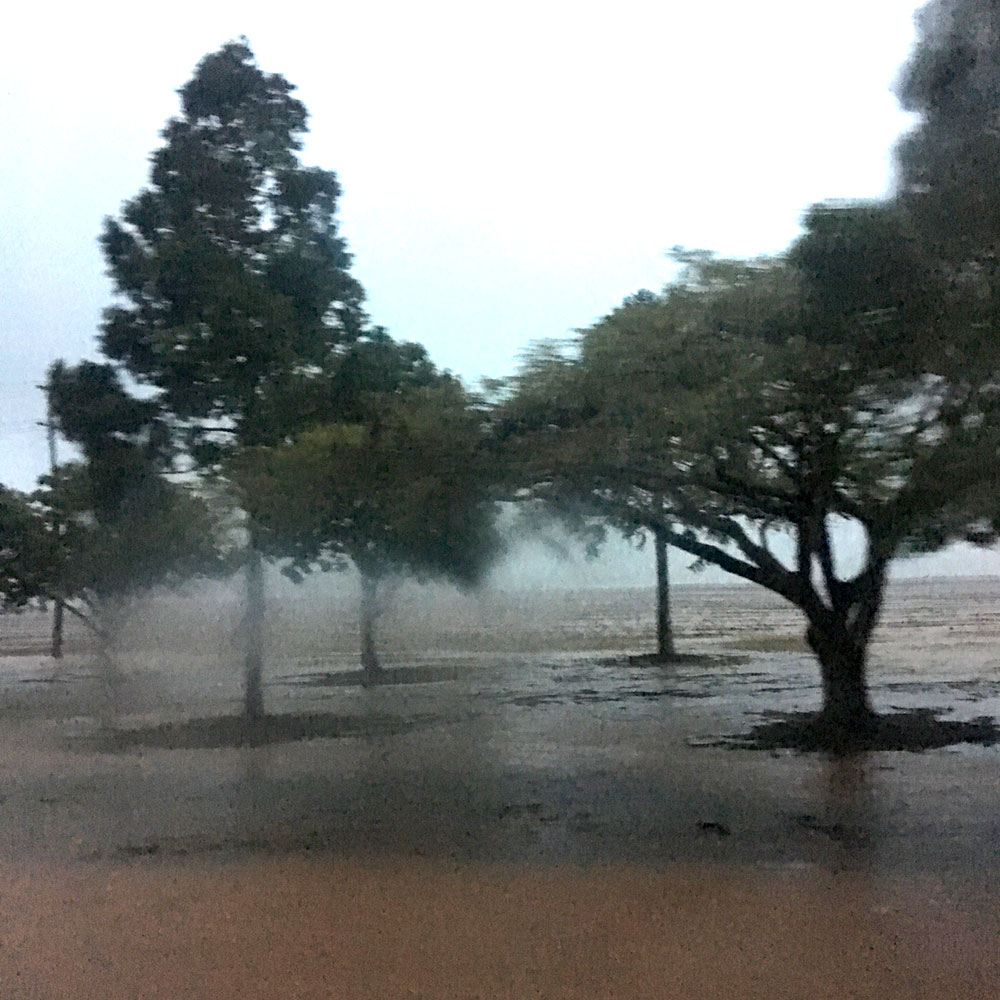 The only photograph I managed of the torrential rain and flash floods from the dry safety of the Greyhound bus. Strangely, everyone else on board was bone-dry and took great pleasure in watching me wringing my hair out when I got on in Bundy.