Trekking through the clouds in Nepal

My Dad says that theres no such thing as bad weather, only… weather. And as I have began to realise with most things over the last 23 years.. Dad is (usually) always right!

After returning from my three day trek a couple of weeks ago (Sundarijal – Chisapani – Nagarkot – Changunarayan) I was a little deflated to report that with the visibility so poor, we were unable to see what were promised to be spectacular sunrises and sunsets along our journey.

After a gruelling first day of trudging uphill through forest and farmland we finally reached the highest point of the trek. Here, I stopped for a moment to catch my breathe and my guide, Dawa (a Sherpa who didn’t need to catch his breath in the slightest) said “Ok.. so from here usually we can see the whole range, but today I’m afraid the weather is too bad”. For the next two days we continued to talk about the ‘bad weather’ as I plastered myself in factor 50 sun cream. The weather was actually pretty good, with the blistering sun beaming above us every day. It was only the thick cloud which seemed to hug the edges of horizon that obstructed our view.

Sitting at Chisapani on our first night I stared into the expanse of grey cloud before me, my eyes straining to make out the mountain range I knew was concealed behind. After the sun dipped down behind the blanket of clouds and I could no longer strain my eyes through the inky darkness I tucked myself into bed, hoping dearly that I would wake to an epic sunrise. 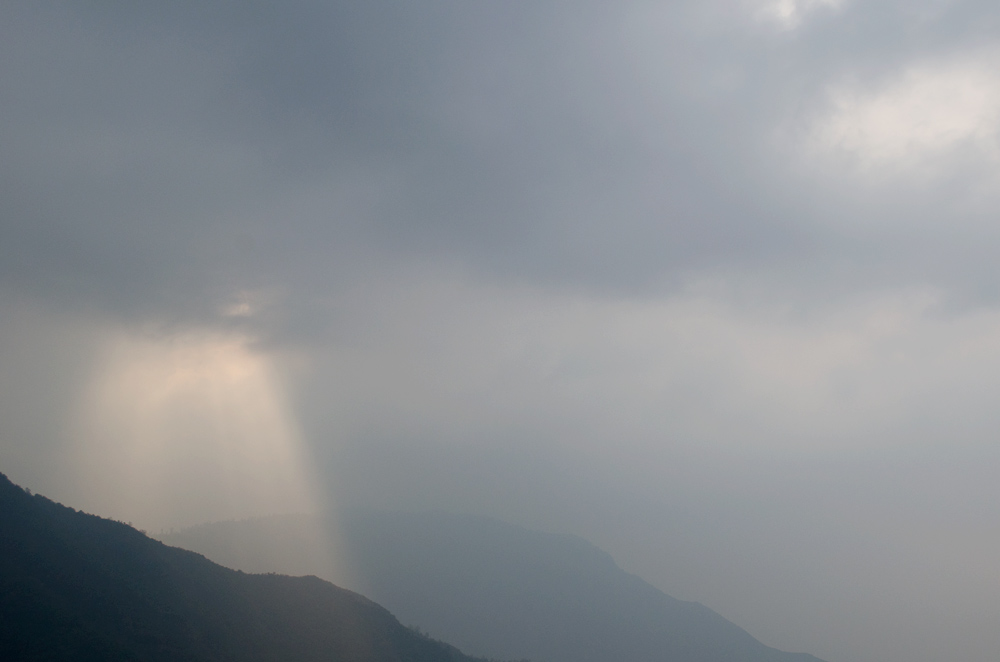 A disappointing attempt of a sunset in Chisapani.

However, it seemed that the suborn clouds had barely moved an inch when I woke in the morning and as the sun rose those lazy clouds became backlit by an orange glow. Setting off early for the 7 hour walk to Nagarkot, I could only imagine what the range would have looked like drenched in the marigold sunlight that shone through the clouds.

At Nagarkot the same could be said of the bank of clouds obstructing our view. Over my bowl of Buff Thukpa (Tibetan buffalo noodle soup) I watched as a thunderstorm began to brew in the blackness. Fork and sheet lightening illuminated the farming terraces below us and rain began to spit. With a fierce storm and a torrential downpour there was a good chance we’d wake up to a great view.

At 4am I suddenly woke and peered out of the window. It wasn’t looking good. Then, at 6am Dawa knocked on my door and called “Nia! The sunrise is coming. No mountains yet but it’s very beautiful!” I threw on some clothes and headed out onto the balcony. A beautiful lake of swirling clouds tickled the terraces and were caught in the light of the sunrise as it grew ever richer. He was right, there was no mountains but the view before us was still stunning. The clouds that I had so fiercely cursed over the last two days now elegantly shrouded the hills before us and the viewfinder become soldered to my eye as I captured their ever changing affect on the landscape. This could be described as anything but ‘bad weather’.  During the sunrise we also caught a very small glimpse of the Himalaya, but like an apparition their milky outline vanished as quickly as it had arrived. Satisfied by the view from Nagarkot we set off on our final days trekking towards Changunarayan. 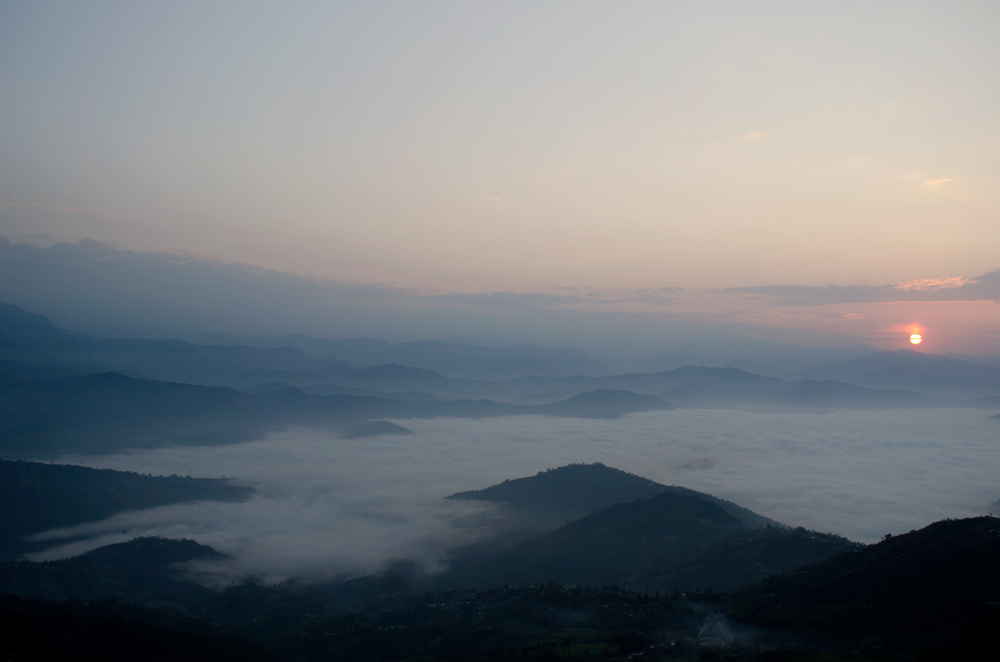 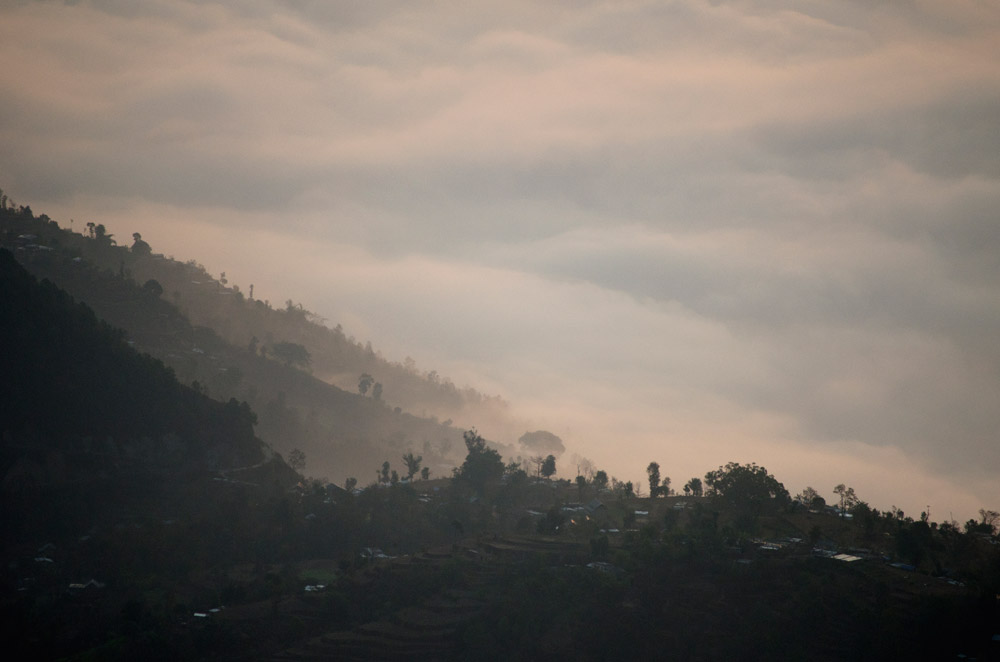 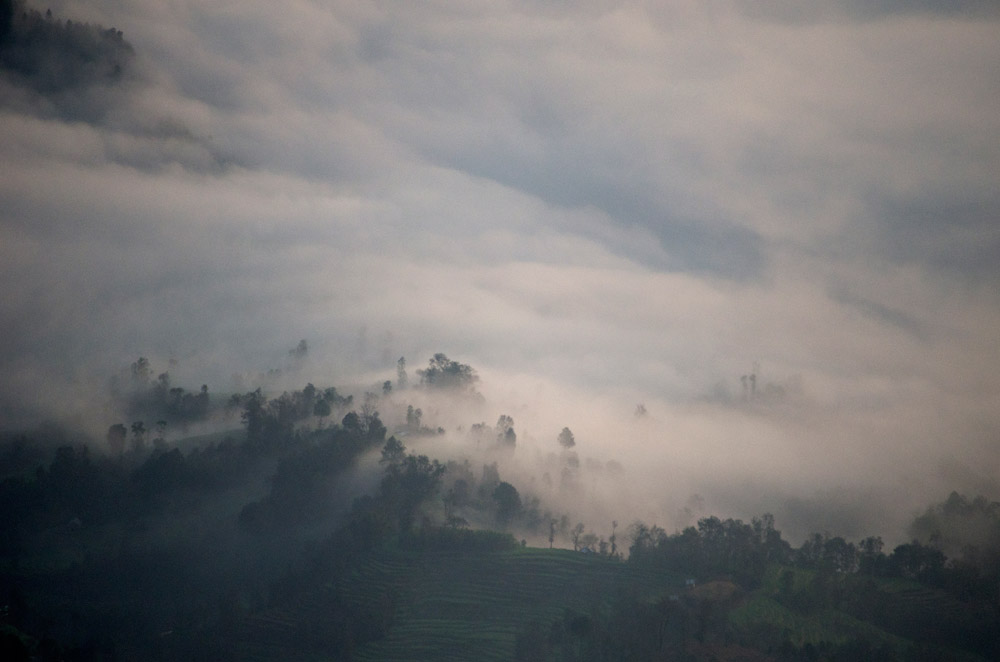 Just a week or so later, arriving in the city of Pokhara I felt that familiar stab of disappointment I felt at Chisapani as I realised that the Himalaya usually visible from this lakeside city were hidden behind a barricade of black clouds. Remembering the view at Nagarkot, despite the ‘bad weather’ however, made the disappointment fade rapidly and I was whisked off by a keen hotel owner at the bus station to his “lovely place”.

Having unpacked in my basic but comfortable room I retired onto the balcony with an impossibly strong (8%) Nepali beer and watched the menacing clouds morph and move over the departing sun. Suddenly the sky seemed to split into two; one half a deep persian blue and the other a shimmering baby blue. Grabbing my camera and racing to the rooftop of the hotel I photographed as the luminous cloud scattered the sun’s escaping rays. 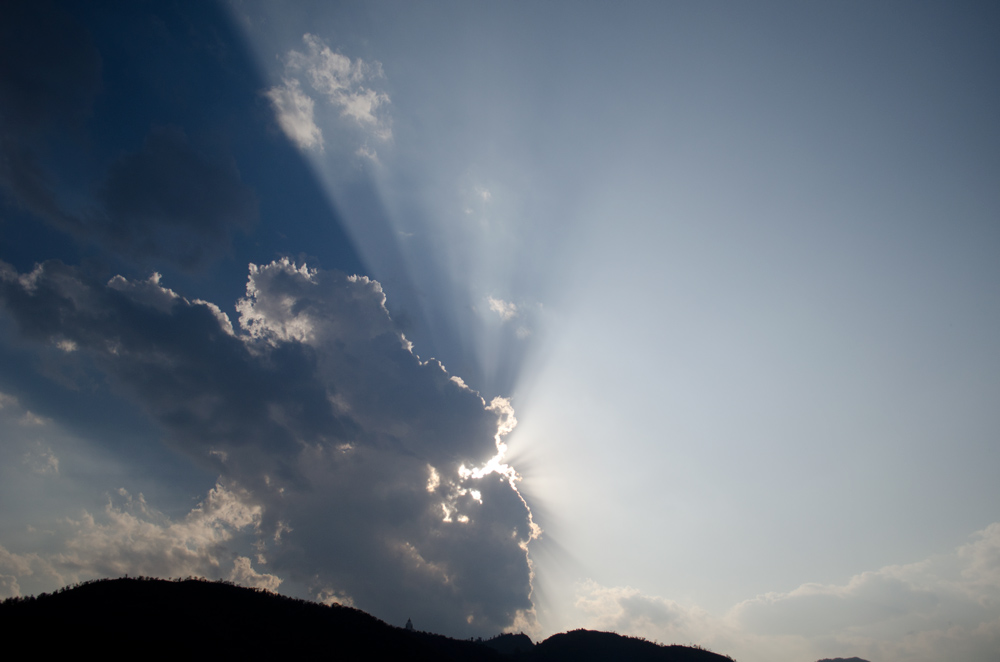 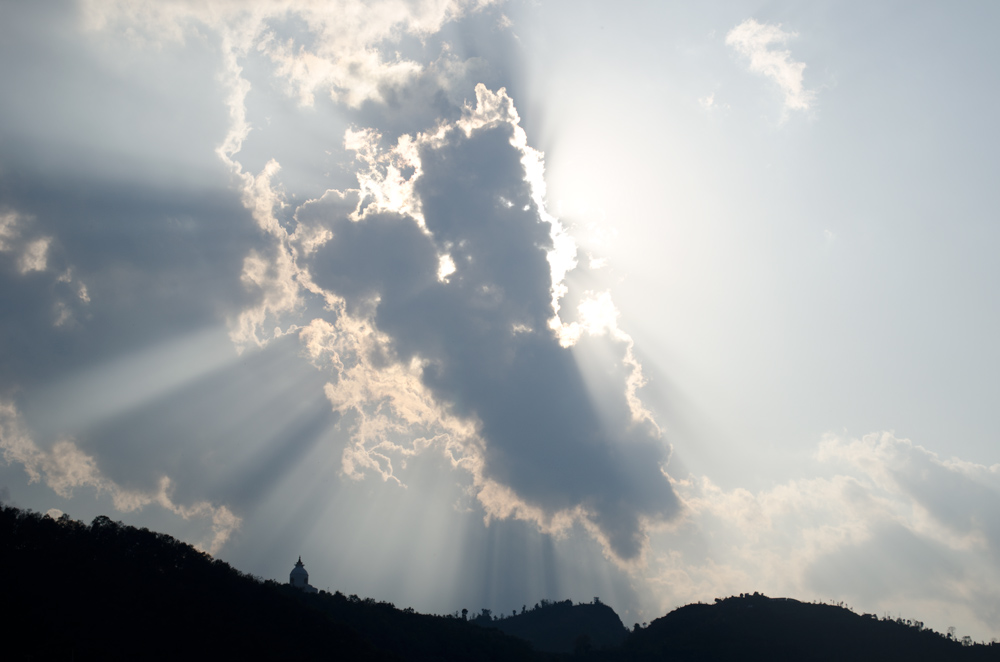 A split sky in Pokhara

These two experiences are enough to make me question if there really is such a thing as bad weather or if in fact, as Dad says, its all just… weather.