Just a few photographs here alongside what I wrote in my notebook the evening following our visit to the Great Blasket Islands.

It’s amazing the remoteness a three mile stretch of open water can instill. Though this distance by land may seem insignificant to many, especially for those of us who enjoy the luxury of traveling by car, the nautical distance of three miles is quite significant. Something demonstrated beautifully on the Great Blasket Islands.

We’ve been granted a beautiful, warm and remarkably still day (for early October) to discover this three-by-one mile island off Ireland’s rugged South West coast, on Europe’s most westerly point in the fiercely unforgiving wild Atlantic.

From the soft, sandy shore of the Great Blasket beach that incessant hum of continuos traffic we’ve become accustomed to hearing is long gone. The sound of the atlantic waves rushing to the shore is surprisingly gentle on The White Strand beach. The cry of gannets, gulls and guillimots out to sea hang on the light breeze and the herd of atlantic grey seals basking in the afternoon sun chime in unharmonious, yet strangely relaxing howls. 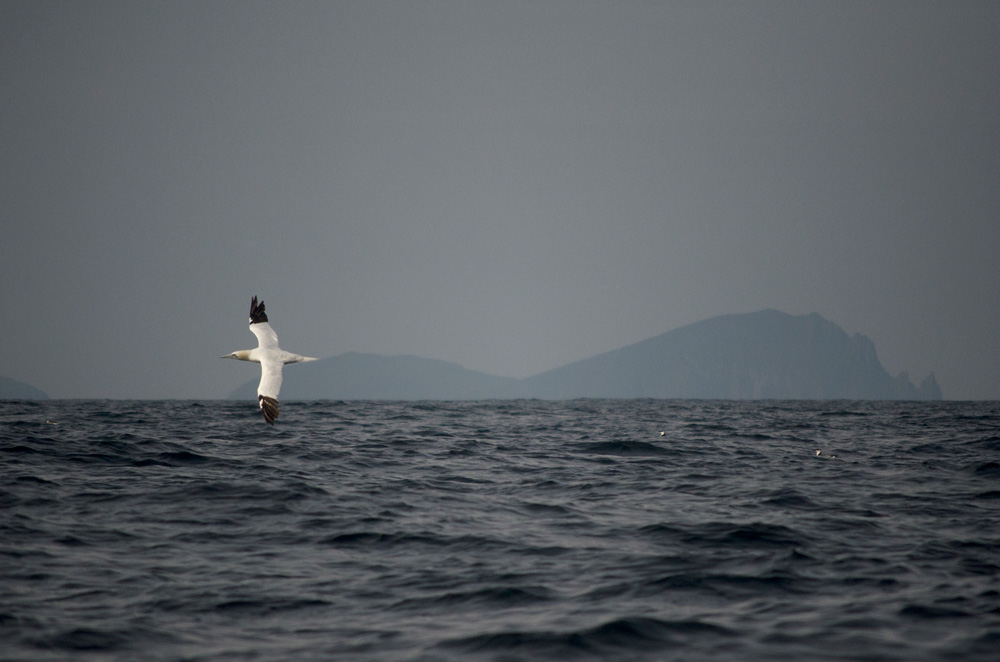 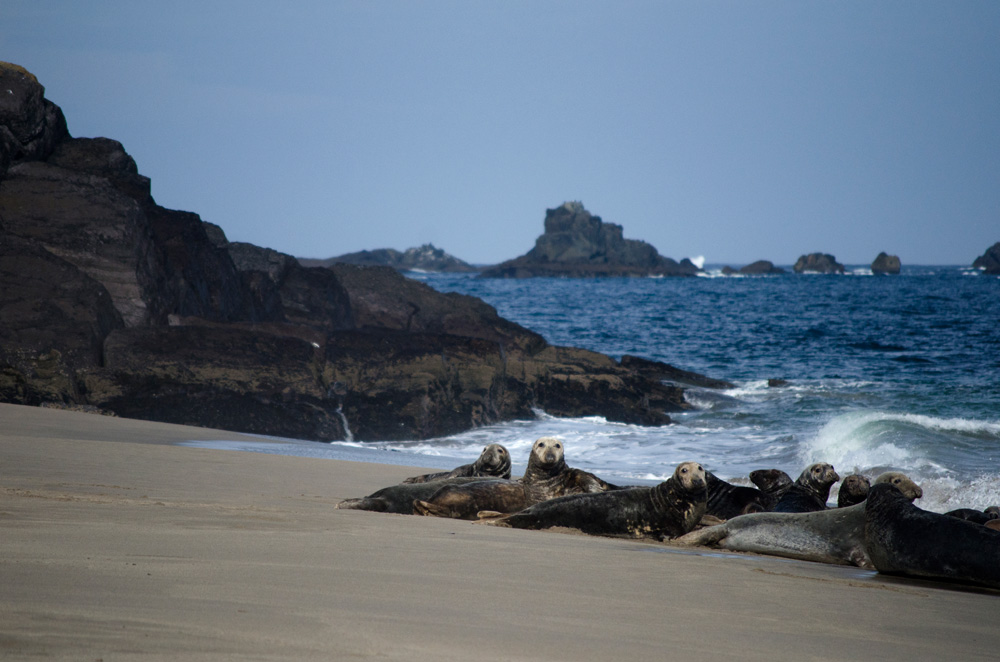 Walking around the headland towards the north of the Island we’re watched by glistening ebony eyes from below the treacherous cliff edges. Whether due to curiosity or a want to protect their young, who flop aimlessly in the sheltered bays, the Blasket seals keep a close eye on us.

As we proceed along the boggy path towards the Island’s outstretch westerly arm, the sun illuminates every craggy outpost of rock, each meticulously and almost affectionately named by the community who once called the Great Blasket Island home. The sea, rougher now on the exposed coast, shimmers under bright rays. In places it seems as though the Island is surrounded by a never ending pool of mercury, further emphasising its remoteness from the hazy Kerry Peninsula which has now come into sight. 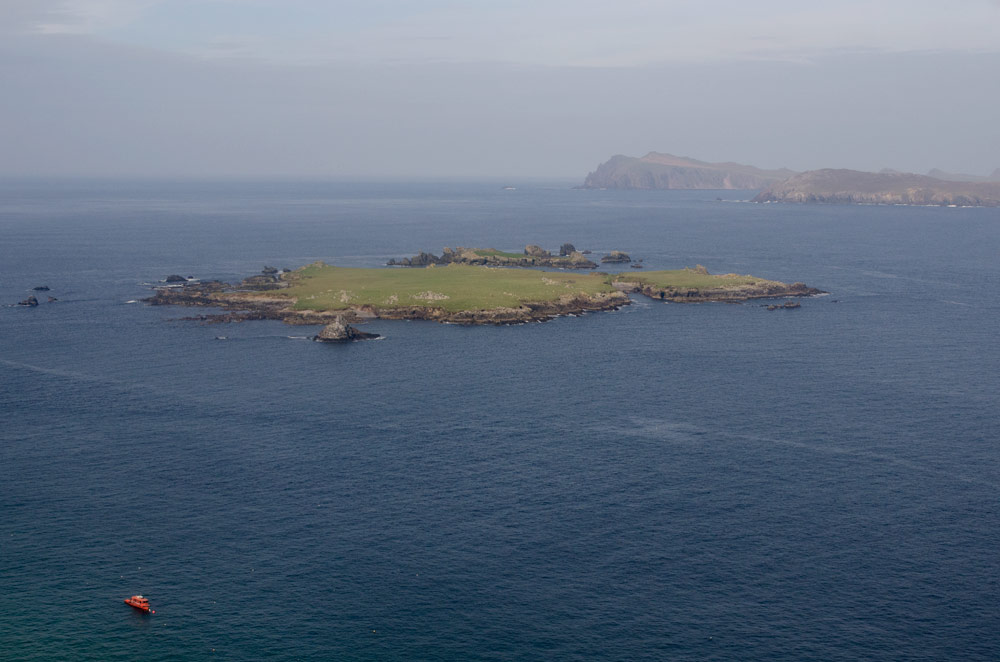 We walk east towards the Island’s modest harbour and the Dingle Peninsula is once again in sight. Slea Head road is just visible, as is the tapestry of farmland which sprawls across the mainland. The stripped bones of a rabbit evidence a kill, reminding us of the Island’s inherent wildness, a place where nature’s tale freely unfolds. While simultaneously, the skeleton of stone structures clinging to the grassy slopes reminds us that a community was once part of that tale.

As we begin the steep climb back down towards the coast the abandoned village, eventually evacuated in 1953, emerges. Some of the structures are nothing but a dilapidated wall whilst others bare all but a roof. The frame of a doorway leading to what must once have been a humble abode with a welcoming raging fire leads to a cold, stone shell. We meander through the village, stepping inside homes and peering through windows. Though all lie empty and untouched, that is to say by anything but the cruel atlantic storms, a sense of trespassing still lingers. 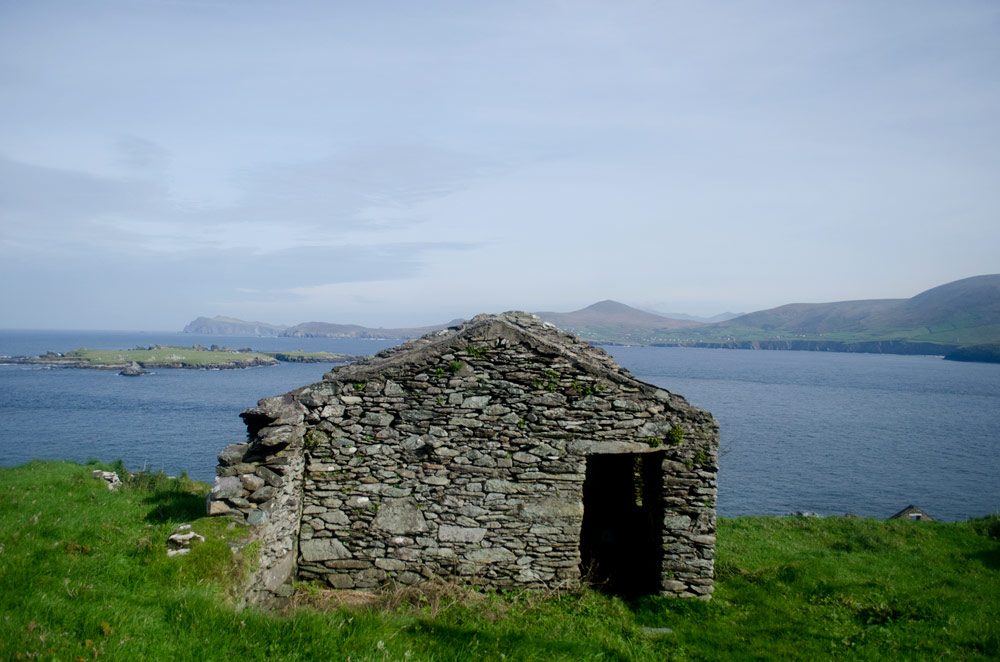 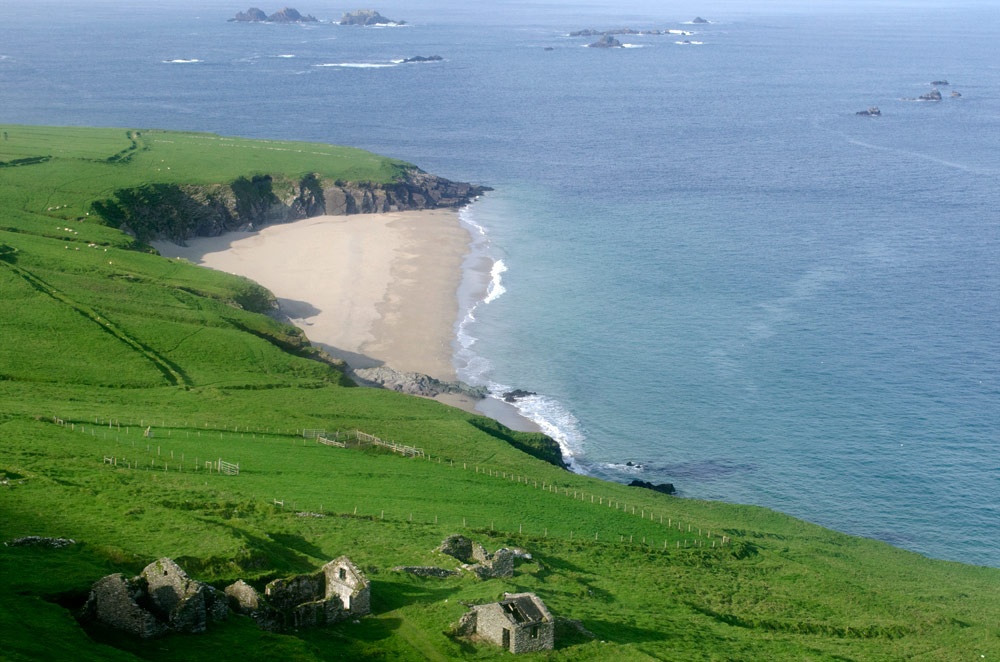 Our time on the Island draws to a close as we prepare to board our boat back to the mainland. Onboard, the Great Blasket Islands soon melt back into the hazy horizon; The village slowly, but eventually, becoming a pinprick on the vast landscape. One can only imagine what was felt by the individuals watching their home shrink into the horizon for the final time in 1953.